Sometimes, recipes swirl around in my head for days. They start off as one thing, then morph into another, as I add or take away elements. At two in the morning, I’m often wide awake racked with indecision about whether to use mozzarella or goat’s cheese, white or dark chocolate, basil or oregano, cherries or peaches in a particular recipe. Not all in the same one, you understand, that would be too much like crazy fusion cuisine for my taste. 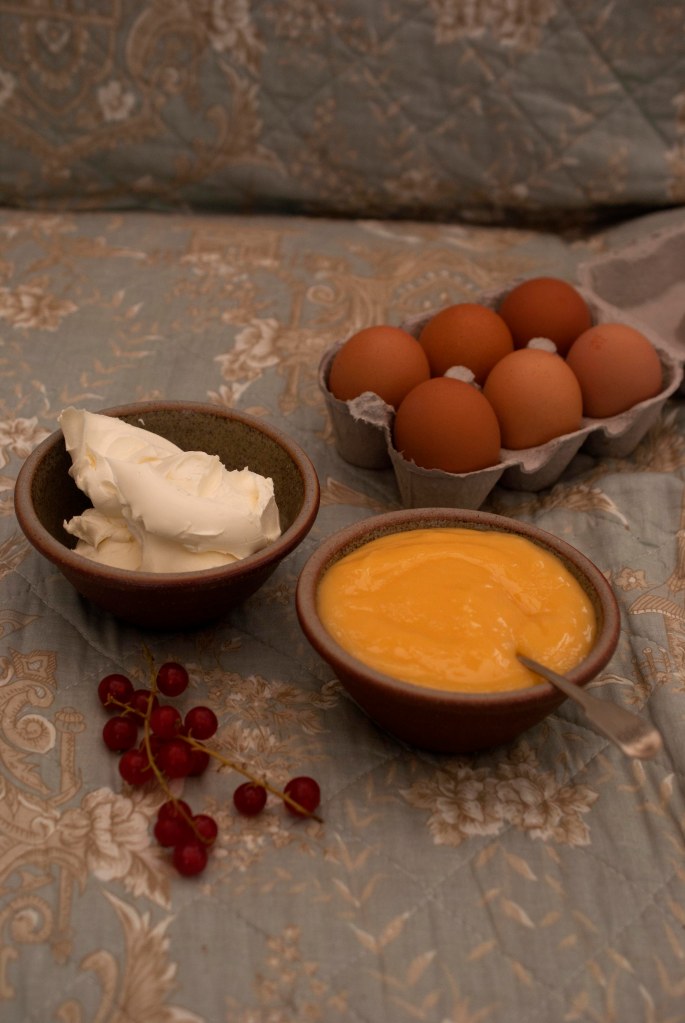 This recipe started life in my brain as a sort of lemon curd trifle, then I decided to add marscapone to make it more like a cheesecake, then I did away with the biscuit base all together, added some whipped egg white and voila– a mousse. Naming things can be a struggle sometimes, as I often want to just say it’s a lemon curd and marscapone….thing. But I guess a ‘thing’ sounds less appealing than the sultry vowels of a ‘mousse’.

I have already waxed lyrical about the joys of fruit curds in my Passionfruit and White Chocolate Cheesecake post, and I’m afraid here I go again. I am mildly obsessed with making lemon curd. As well as lemon curd, I have tried orange, passionfruit, blackcurrant (and those are just the ones I can remember making off the top of my head). But lemon curd is always a winner – it’s cheap to make, unlike passionfruit, and goes so well with so many things.

For the lemon curd:

First make the lemon curd. Zest and juice the lemons. In a small pan, melt the butter, then whisk in the lemon juice and zest, sugar and then the eggs. Cook on a low heat, whisking continuously, until the mixture thickens. This should take about ten minutes. Push the curd through a sieve into a bowl, cover and refridgerate whilst you make the mousse. In a clean bowl with clean beaters, whisk the egg whites until they form stiff peaks. Whisk marscapone and cream together until softly whipped. Mix in sifted icing sugar. Swirl through the chilled lemon curd. Pile into glasses or bowls, then put in the fridge for at least an hour, to firm up. When ready to serve, artfully arrange some redcurrants over the top.