I have had a lovely day off today. An upshot of working lots is that I really appreciate my time off. This morning, I wrote a letter to a friend in Boston – an actual letter, with a pen and paper, rather than a Facebook message- that I have been meaning to write for ages. Then I wandered up the lane to feed my horse, spending an idle few minutes brushing the twigs out of her mane.

Another activity I usually reserve for a day off is baking. It’s such a pleasure to bake slowly and carefully, with no pressures on time.  Today I chose to bake some cinnamon biscuits. I have a friend coming over shortly to help me eat them. We’ll sit in front of a fire that I have made, luxuriously and slightly pointlessly, at three o’clock in the afternoon.

The recipe is from a book that I have featured on this blog before, called ‘Tea with Bea’. Bea calls these biscuits ‘Snickerdoodles’ – apparently a traditional Amish cookie. But this name is misleading, as my friend pointed out, as you might assume they have something to do with Snickers bars. Or at the very least be slightly baffled as to what they actually are. I decided to rename them ‘Cinnamon Sugar Biscuits’, due to the fact that they are dipped in cinnamon sugar before they are baked. I ate rather too many – another perk of a day off being pretty much constant eating. 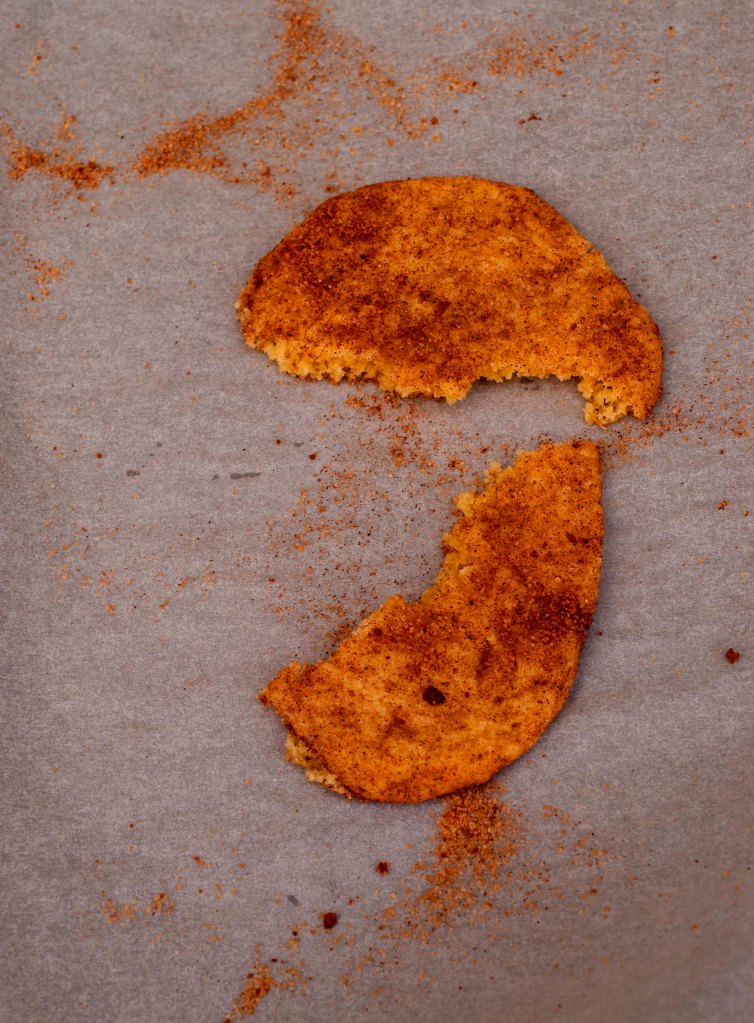 Beat the softened butter and sugar together until light and fluffy. Slowly incorporate in the egg and vanilla. Sift in the flour and baking powder, and mix until just combined and a dough forms. Wrap the dough in clingfilm and place in the fridge for 15 mins. Preheat the oven to 160C and line 2 baking sheets with baking paper. Mix the caster sugar and cinnamon together in a bowl. Pull of small pieces of the dough (about a tsp full – they will spread out lots during cooking), and roll them into balls. Slightly flatten each ball, and dip each thoroughly in the cinnamon sugar. Place on the baking sheets, spaced apart. Bake for 10-15 minutes, until the edges are slightly brown. Remove from the oven and let cool on the tray for 1 minute. Transfer to a wire rack to cool completely. Although please try one straight from the oven, they are pretty amazing.

One thought on “Cinnamon Sugar Biscuits”