Salted caramel seems to be all the rage at the moment. Particularly using a posh variety of salt such as Maldon Sea Salt. It’s drizzled over the top of banana cakes, ladled into pastry cases, and poured over ice cream. A sprinkling of salt offsets the cloying sweetness of the rich, buttery caramel rather nicely.

Calling these ‘puddings’ is a little vague, and I apologise. They are a cross between a chocolate fondant and a collapsed soufflé. However, they do encapsulate the very definition of a pudding – rich, indulgent and very, very bad for you. The salted caramel is swirled into the chocolate mixture before it goes in the oven, so it oozes down the side of the ramekin (and drips onto the bottom of your oven, so you might want to put them on a tray).

I served these as the final hurrah to a Come Dine With Me style dinner party I threw for a few friends before Christmas. We had the filo wrapped carrots for a starter, followed by duck, followed by these. Unusually, I managed to not go to overboard on portion sizes, so the general consensus was that we were full but not uncomfortably so. I wish I could say the same for Christmas Day… 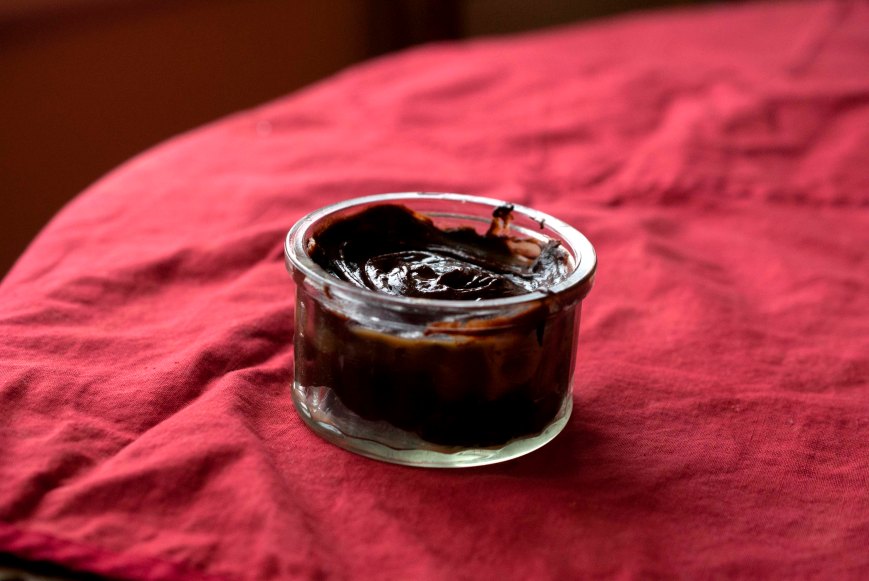 For the salted caramel:

For the chocolate mixture (adapted from Nigella Lawson’s How to be a Domestic Goddess):

You will need 4 heatproof ramekins, and a baking tray to stand them on.

First, make the caramel. In a small pan, put the butter and sugar together over a medium heat. Stir until the butter has melted. Add the cream and leave to simmer for 30 seconds, then stir in the salt. Set aside.

For the chocolate puddings, preheat the oven to 200°C. Break up the chocolate and suspend in a heatproof bowl over a pan of simmering water until melted. Meanwhile, cream the butter and sugar together until light and fluffy. Add the beaten egg and vanilla, then the chocolate, mixing until fully incorporated. Pour into ramekins, leaving about 1 cm at the top of the ramekins. Swirl 2 tsps of the caramel into the top of the chocolate mixture. Place the ramekins on a baking tray and bake in the oven for 10 minutes, until firm on the top but still gooey. Serve immediately, with the extra salted caramel on the side.