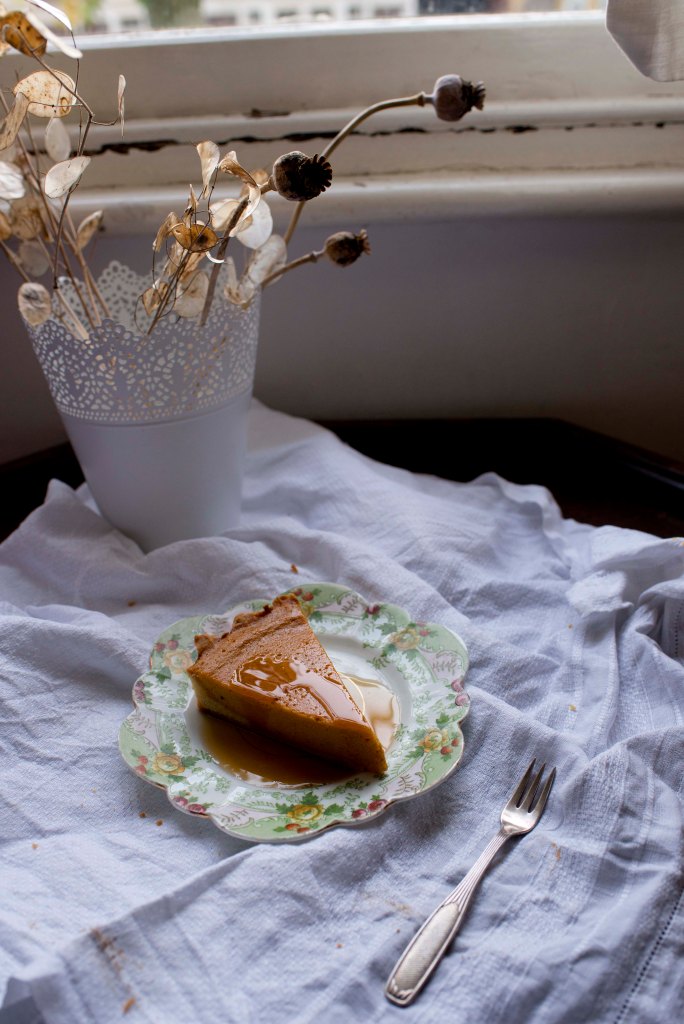 I recently visited America for the first time. Boston to be precise, resplendent with the fiery colours of the New England ‘fall’. I was staying with my friend, and former food blog collaborator, Kristel, who is conducting some very complicated biological research at the Arnold Arboretum in Boston. America was a surprise in how much it seemed different to England in almost every way, even though the same language was being spoken. The food was a source of constant surprise to me: I found it difficult to restrain myself on my first trip to the supermarket – there were so many things that I had seen in films but didn’t imagine to exactly exist, that I then felt necessary to purchase. Such as pop tarts. These are an invention that never really caught on in Britain (although God knows why), consisting of a pastry shell filled with tooth-achingly sweet jam filling, that you warm up in the toaster. In the TOASTER. Baffling, but annoyingly addictive.

As it was Thanksgiving season when I visited Boston, pumpkin was another foodstuff that was literally rammed down your throat at every opportunity. It popped up in coffee, donuts, cakes, pastries and pretty much everything else. I gladly embraced this, stopping for a Pumpkin Spice Latte (#psl) on every street corner. Also, being so close to such industrious maple syrup producing regions, such as Vermont, meant that it was nigh on obligatory to have maple syrup with every meal. We literally did this one day, taking it as somewhat of a challenge. We had maple syrup pancakes for breakfast, salad with maple syrup dressing for lunch, followed by a maple spice mocha and maple syrup “froyo” (frozen yoghurt), and then squash roasted in, you guessed it, for dinner.

I decided to combine these two flavours in the classic Thanksgiving dessert of Pumpkin Pie. The sweetness of pumpkins (bought in a tin, to be true to the American recipe) marries very well with the nutty maple syrup, and the sourness of crème fraiche offsets the sweetness slightly. Around the latter days of November, my Instagram feed was clogged up with pumpkin pies, turkeys and the rather bizarre ‘candied yams’ (often involving sweet potatoes topped with marshmallows). So I decided to jump on the Thanksgiving bandwagon and give a pumpkin pie a go. I used a recipe from Food 52 that was, to stay true to the American theme, measured in ‘cups’, but thankfully my conversion seemed to work out fine. Pumpkin puree from a tin is laughably easy, but you can make your own by boiling the required amount of pumpkin until soft, then mashing until smooth. 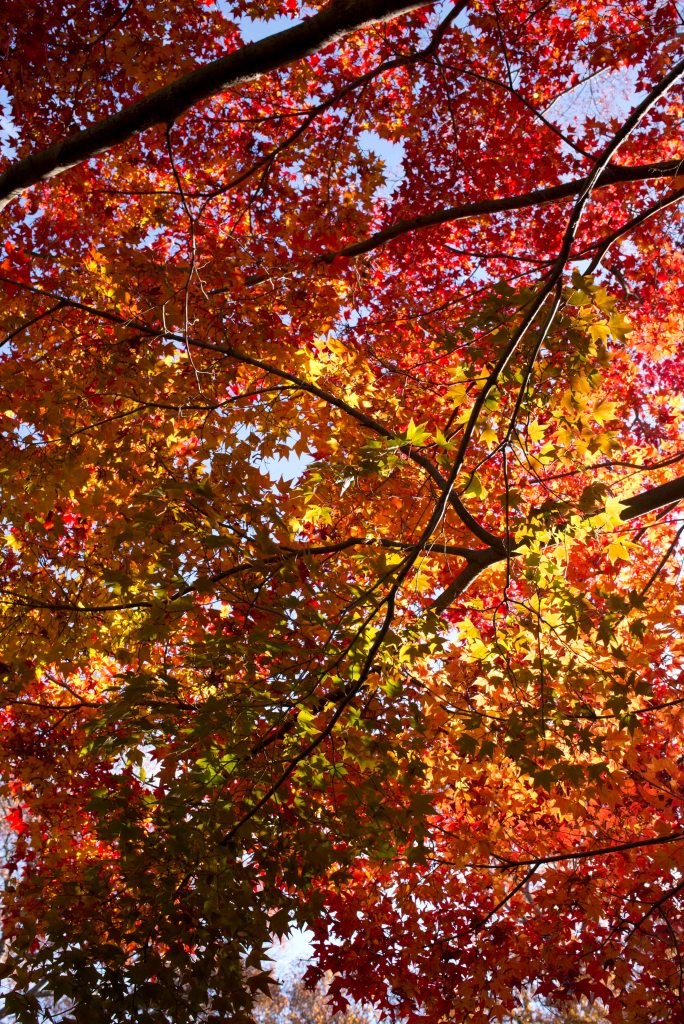 First make the pastry. Cream the butter and sugar together until smooth. Beat in the egg, then flour and a pinch of salt, and bring the mixture together in a ball of dough. Wrap in clingfilm and chill in the freezer for 10-15 minutes, to make the pastry easier to handle. Preheat the oven to 180C. Press the pastry into a 10cm diameter tart tin, and line the base with baking paper and baking beans (I used lentils). Bake for 10 minutes, until cooked through but not browned. Take out of the oven and leave to cool whilst you make the filling.

In the bowl of a food processor, combine the crème fraiche, corn flour, cinnamon, ginger and pepper and blend to combine. Combine the pumpkin puree, sugar and maple syrup in a pan over a low heat and cook until thick with a glossy sheen (about 5 mins), then leave to cool slightly. Pour the pumpkin into the spiced crème fraiche and whizz again until well mixed. Add the eggs one at a time, then pour the mixture into the pastry case and return to the oven for 40-45 mins, until the filling is puffed up and golden.