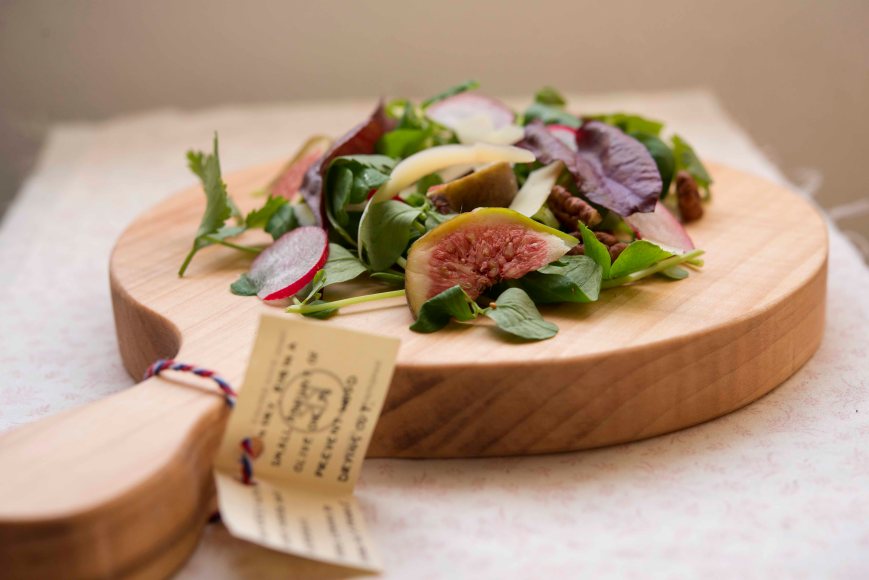 The wooden board in these photos was made by my friend Rosie Brewer, whose beautiful designs are made out of wood sourced from Devon forests. So, I wanted to make a simple salad to style on the board that wouldn’t take away from its natural beauty. 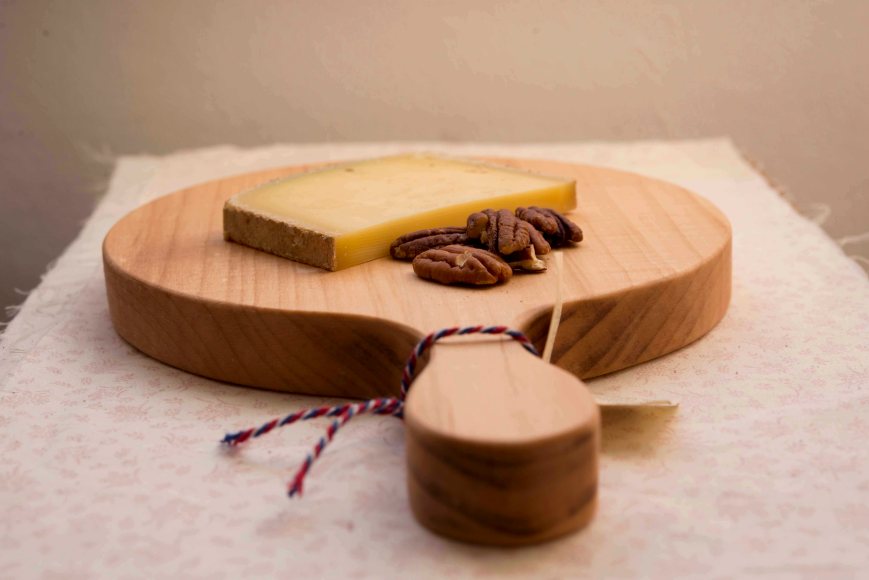 Due to an excess of figs, a somewhat middle class crisis, I chose to make them the focal point. I also have a certain affection for the combination of figs and cheese, so chose to add some Comté, one of my favourite cheeses. French, and made from unpasturised cow’s milk, Comté has a pleasant nutty taste, that went well with figs. 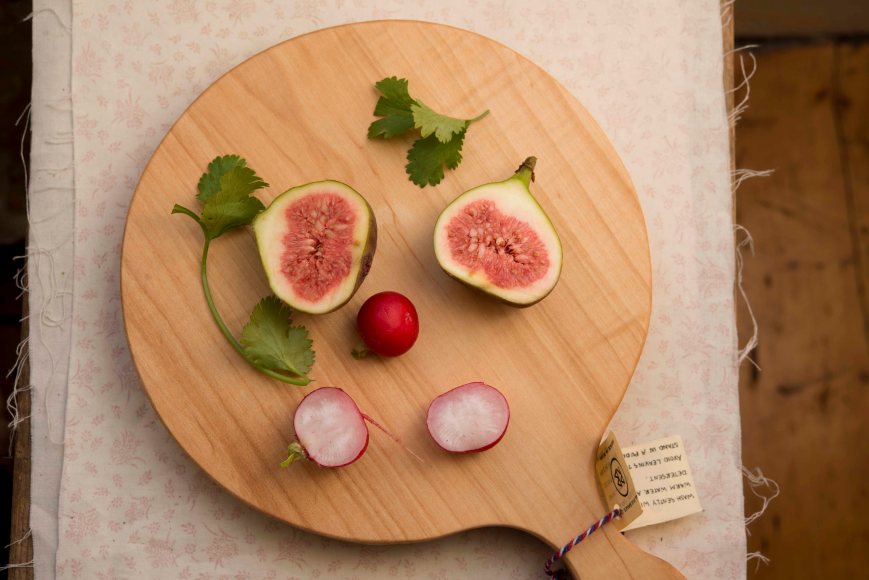 I tend to randomly throw things together when making salads, and have a fondness for combining fruit, cheese, nuts and a punchy dressing. But my primary consideration when making this salad was that the colours would work well on the board – I added thin slices of pink radishes purely for artistic reasons, as I don’t actually like them that much. 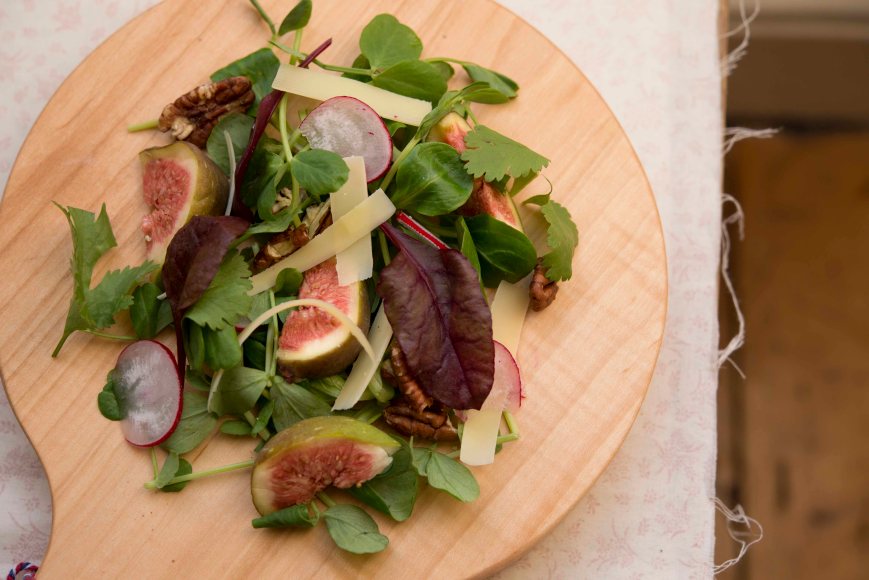 Have a browse of Rosie’s Etsy shop here.

END_OF_DOCUMENT_TOKEN_TO_BE_REPLACED 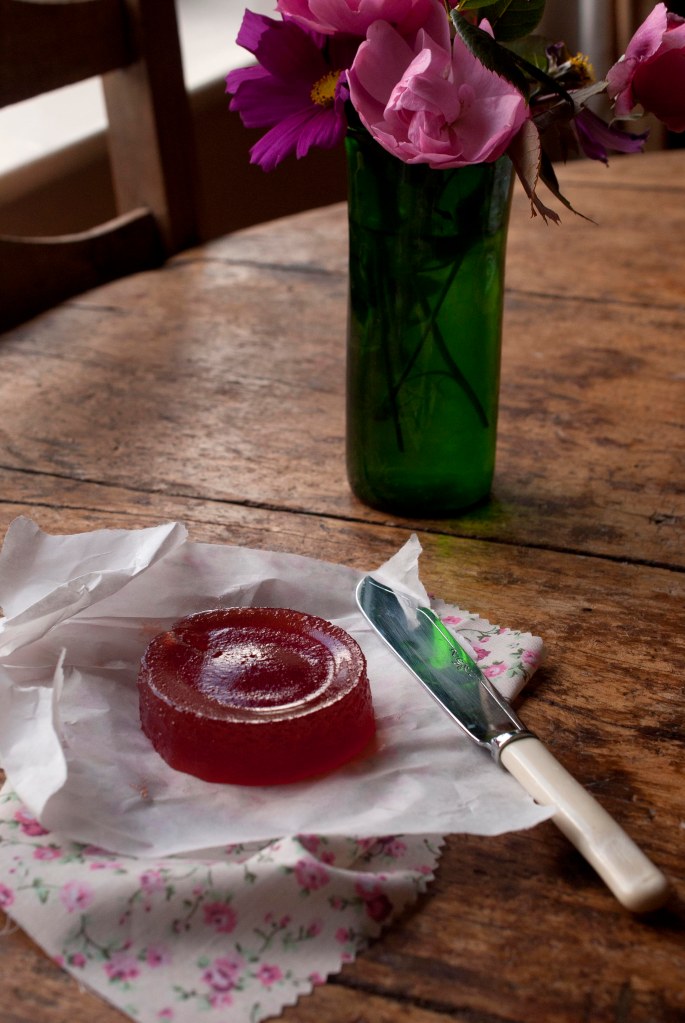 I have been going slightly quince crazy over the last few weeks. I had a surreptitious, under-the-counter deal with the greengrocer for a 4kg crate of quinces. Not that I really wanted that many, but they seem to only come in such a quantity, and she was confident that, were I to only take half, the rest wouldn’t sell. No one really knows what to do with the cumbersome fruits that look like a cross between an apple and a pear on steroids. You can’t eat them raw, and I would be dubious to their appeal prepared in any way other than in a jelly or a paste. 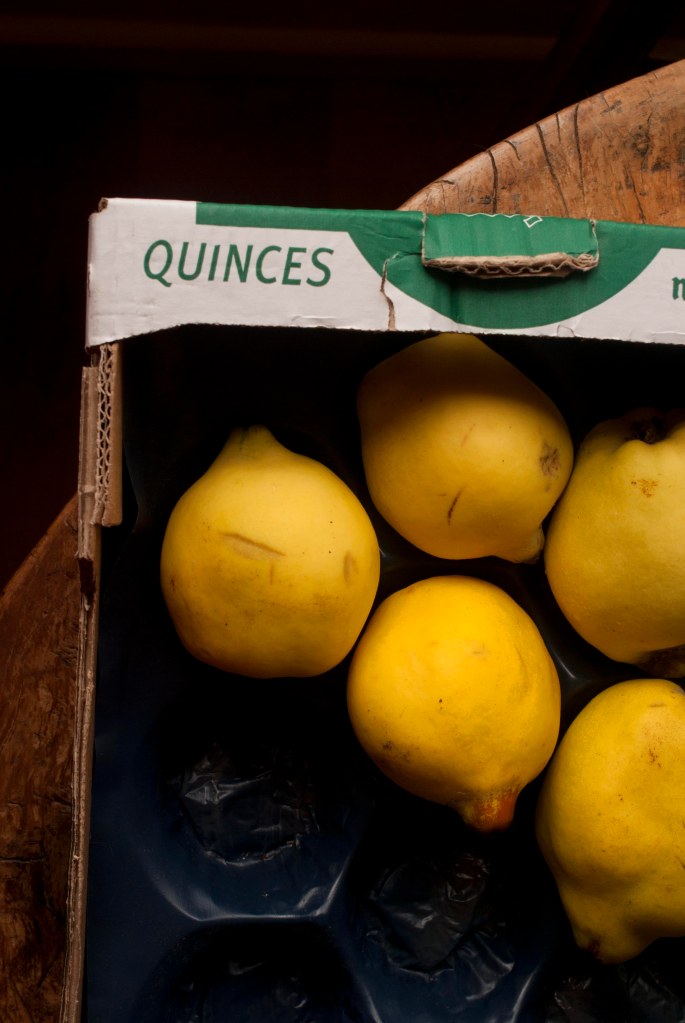 This is not actually cheese. It is nothing like cheese. Hence the need for the inverted commas in the title- and my insistence on using air quotes whenever I tell people about it. It’s actually a paste made out of quinces and sugar, which sets firm enough to hold its shape. You eat it with cheese- so why it’s also known as a ‘cheese’ is slightly baffling. The Spanish name is membrillo, which doesn’t enlighten us any more, unless you’re Spanish. 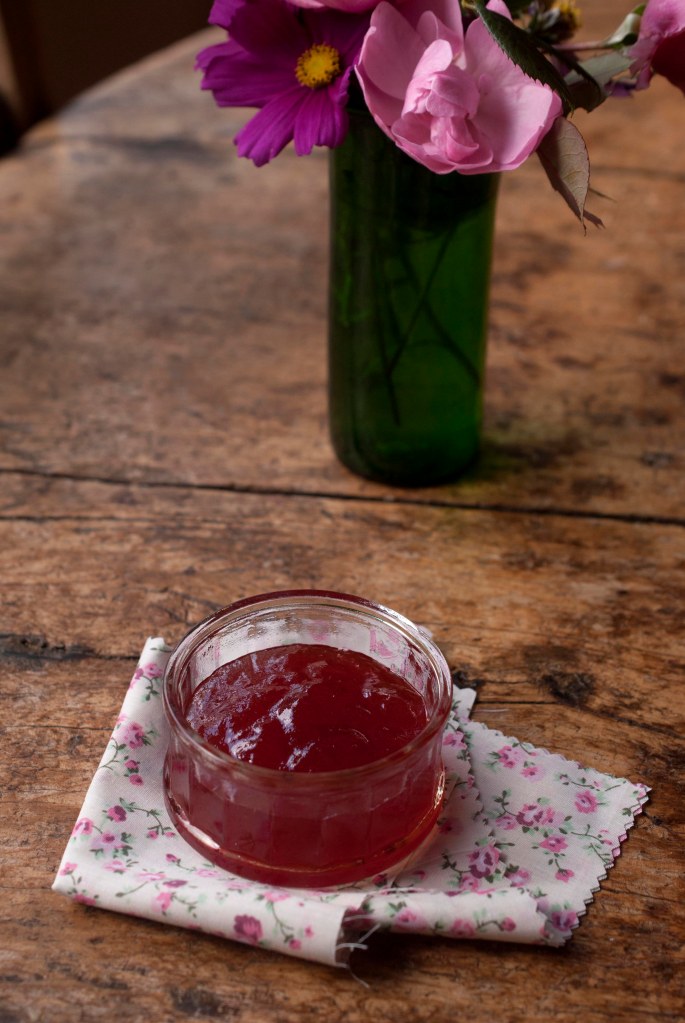 Quinces have a lovely autumnal taste to them, a bit like a sweet pear. This ‘cheese’ is lovely sliced in very thin slivers as part of a cheeseboard, and is particularly good with hard goats’ cheese. It is also nice, as I discovered having surplus, on toast, balanced on top of some crunchy peanut butter. You’ll need some sort of mould for the paste – I used silicone cupcake cases, and the jelly popped satisfyingly out of them when it was set. But any sort of ramekins or small dishes would work well too.

END_OF_DOCUMENT_TOKEN_TO_BE_REPLACED 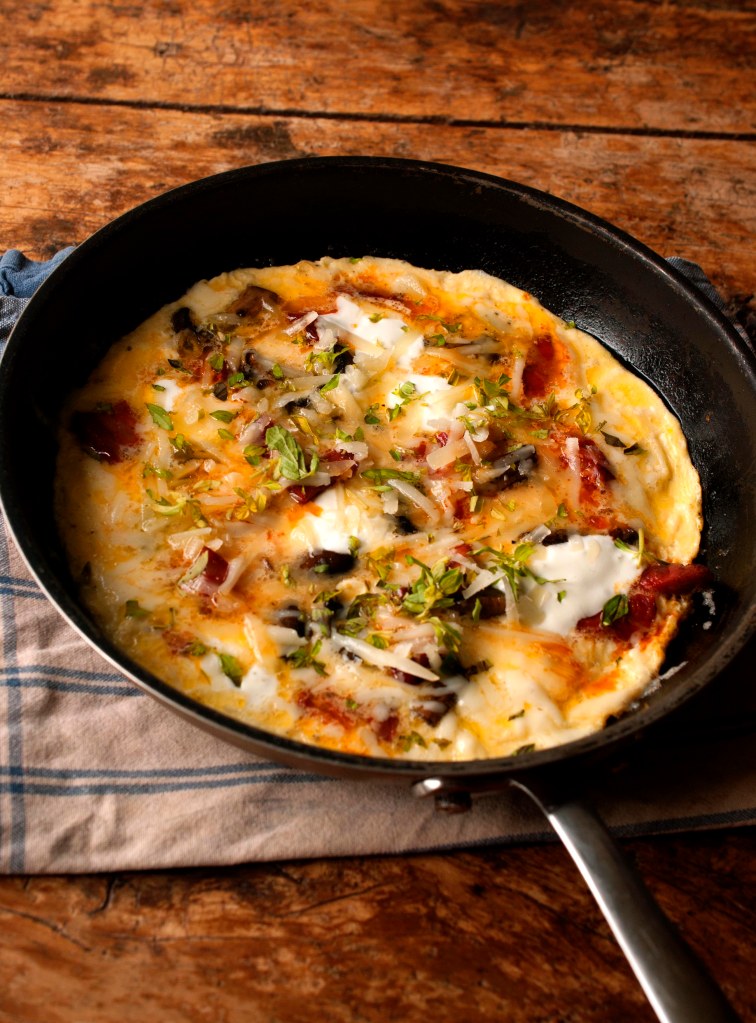 Even though throwing dinner parties for my friends is one of my favourite things to do, I also look forward to cooking a meal that is just for me. I can decide exactly what I want to eat. I don’t have to worry about whether any of my dining companions are allergic to prawns, dairy, onions, or something else that they haven’t discovered yet, but will be present in the meal I cook. 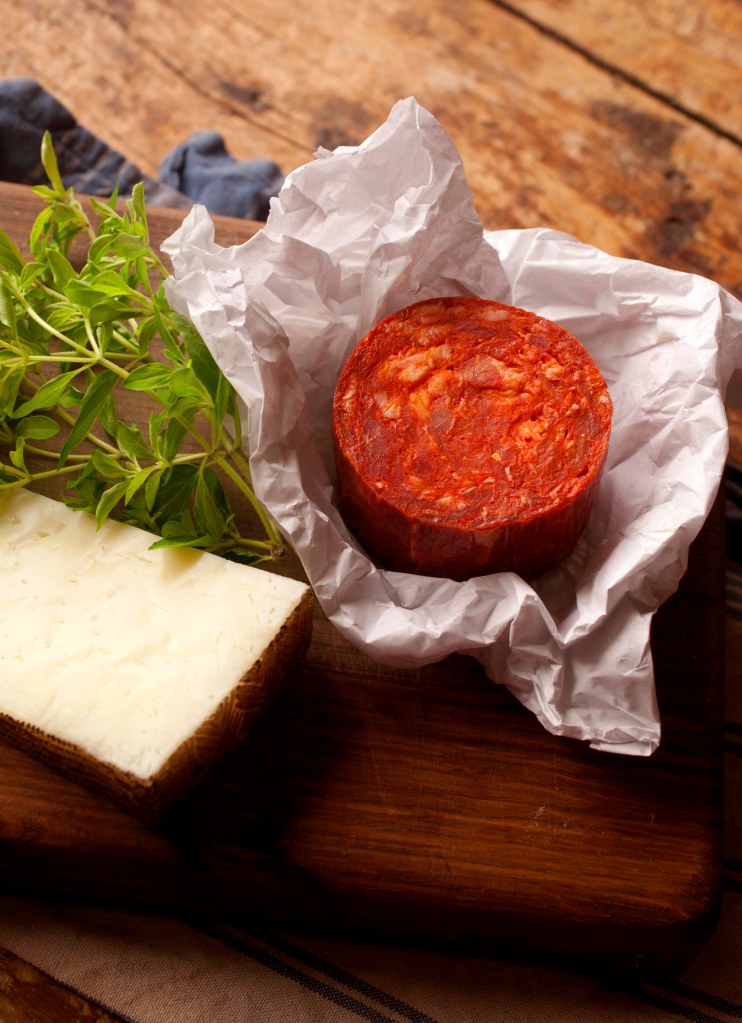 For those of you to whom Manchego means absolutely nothing, it is a Spanish sheeps’ milk cheese that is something of an obsession of mine. It is just the right balance of nutty and sweet, with a firm texture. And, as I discovered while making this omlette, it melts. Which is always a plus. 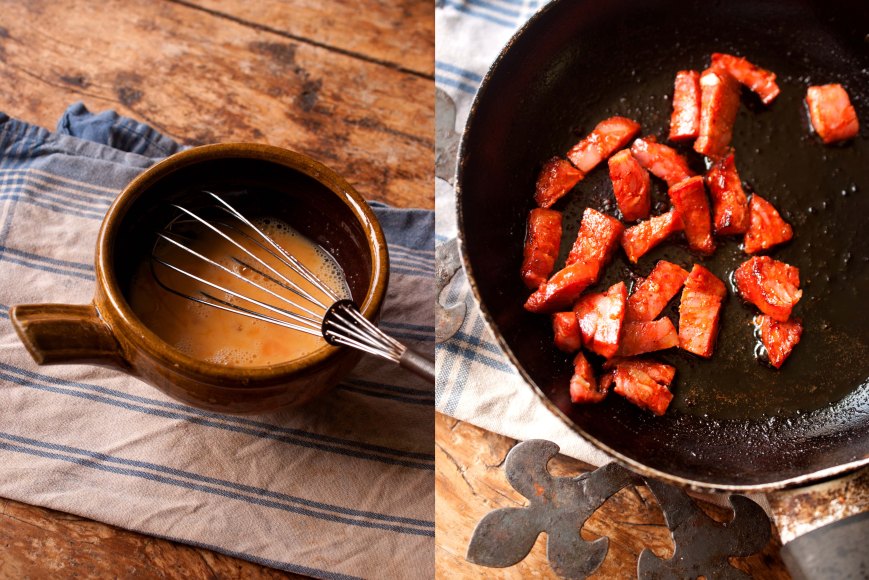 I decided to team it with chorizo to make something approaching an authentic Spanish omlette. Also, if we’re being authentically Spanish, it should be pronounced ‘horitho’, with an over-exaggerated Spanish accent. Maybe put some loud flamenco music on too. 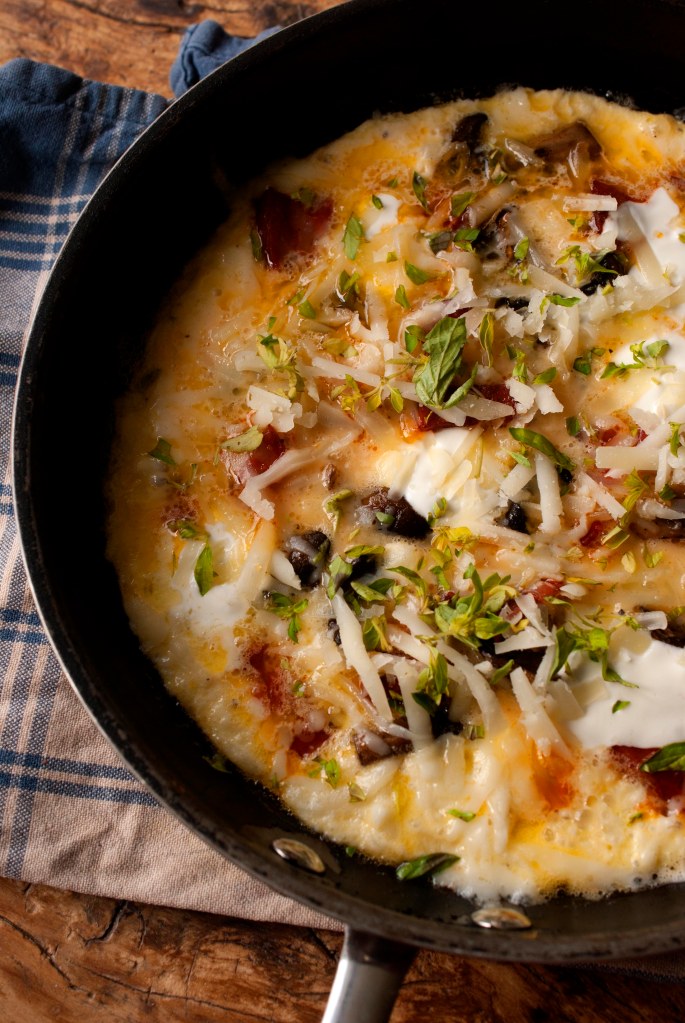